Beginning of this week SWISS International Air Lines finalized the go live of CROSSMOS® electronic tech log on its entire fleet. The last A/C was an A321 – belonging to the group of short-range airplanes which have been rolled out after the long-range A/C and the Bombardier CSeries (CS100).
Every single aircraft of SWISS’s diverse fleet of 94 aircraft is now equipped with a technical logbook which means that on every A/C there are two tablets with the CROSSMOS® software as well as a little router to ensure connectivity.
The main obstacles SWISS had to overcome on its way to paperless aircraft operation had to do with connectivity and the acceptance of the new technology by some of the crew members.
“I am sure that within a short period of time not a single employee wants to go back to the paper process. We can claim to be the first airline that does not use paper throughout the entire process of reporting issues in the flight and cabin logs as well as back-reporting them in the technical log. The whole process from collecting a complaint to archiving a complaint is digitized.”, says Marcus di Laurenzio, project manager of the technical logbook project at SWISS.
The next airline to be equipped with CROSSMOS® is Air Dolomiti, an Italian regional airline with its head office in Dossobuono, Villafranca di Verona.

In 2018, CrossConsense reached an agreement that fully transitioned the intellectual property rights and trademark for the CROSSMOS® product over to Boeing. Boeing has used CROSSMOS® as the foundation for building their new Boeing Mobile Logbook product. For more information about the Boeing mobile logbook visit: https://www.boeingservices.com/boeing-mobile-logbook/ 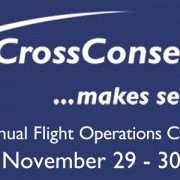 CrossConsense on the 10th Annual Flight Ops Conference in London 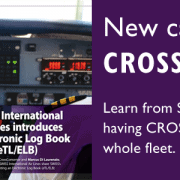 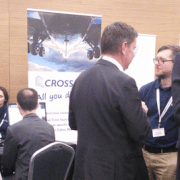